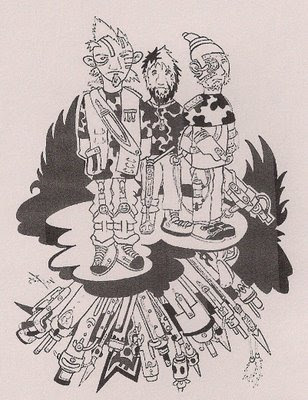 FACTS OF COMBAT: if your head was blown off I would still know you from the birthmark in the shape of your own shadow, on your left hand


"Yesterday, I ordered a snuff film online. The room smells like directionless things or the scars across a woman's cervix. In six to eight weeks, I hope to see a girl in ropes or a boy in ropes get shot in the head. The point from alive to dead, where is it? I hope to see the air turn sensuous when everyone dies and I pretend to die and am falling and falling and the branches and trees have pools and hollows, and in each hole there is a place to put something important to you. You touch the lines of my face and call me your peeping tom and laugh at this joke."

"HEATHER BELL'S FACTS OF COMBAT is a collection of physical and emotional violence, a seething bit of writing. she composes from inside, where raw honesty huddles next to blood. this is a book of bruising and symphonies."