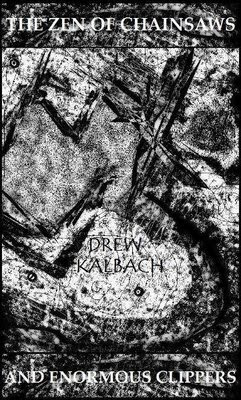 The Zen of Chainsaws and Enormous Clippers

"The year starts and ends in winter. It's inaccurate to say our relationship is based on temperature, but lack of warmth is a huge aspect. Nothing changes our respect for vanity plates and porcelain mugs with racecar drivers in profile. Every day we walk up three steps and slip on the fourth, but take it as a good omen. When the snow starts in December, it's the staircase again, but in rain boots and carrying long black umbrellas. Hand gestures float across the dinner table like sign language in an attempt to convey mute sarcasm."

"it's full of poems about your mother. i think it may border on copyright infringement. mel gibson said he hates it more than the jews. several children read the manuscript, but they started crying. one of my friends had an epileptic seizure reading it. my mother threatened to disown me if i go through with getting it published. one poem, if read backwards, will summon satan from the underworld. it is full of coded child pornography messages and websites. there is a full color glossy photo of me naked wrapped in a mink fur coat in the very middle. it will cost ten dollars plus a pint of blood, and the blood will go to my private blood collection. new zealand already banned it, and it was burned in idaho twice. my dad says it's the best thing ever, he said he is very proud of me, then he cried and divorced my mother. people say the first three poems are cursed. people have claimed to see the ghost of hitler after reading it. it is a tribute to the ninja turtles disguised as a marilyn manson song disguised as real poetry. it is so deep and layered that you can't read it, you must climb through it. there is no depth, i wrote it all in a word document in 24 hours, it's meaningless, just random words from television commercials strung together. it is actually sponsored by kellog's cereal and by trojan condoms. most people laugh when they read it but really i intended for them to say hmmm and have a very thoughtful and faroff look on their face. my girlfriend wrote two of the poems, she isn't really my girlfriend, he is actually a blind border collie, she is a dog. the last poem is about beastiality and bill clinton, not in that order. it is endorsed by ron jeremy."


"Drew Kalbach's poems are full of the best kind of danger, subverting our expectations of everyday situations until something else happens, some other unexpected, transformative experience. From their incantatory beginnings to their incongruous endings, these poems are capable of a deep magic where each line is a connection between unlikely dots, each poem revealing truths as terrible as they are beautiful, as revelatory as they are necessary."
- Matt Bell